How a Montessori Parent Handles Boredom

"It's OK to be bored," my mom used to reply, and I would get so frustrated with her. Did she not understand that the whole being of existence for a four-year old centered on whether I was constantly entertained? Did she not understand that I wanted her to simply give me something entertaining to do? Or buy me something that is fun to play with? Did I get the wrong mom? Does she need to download an update? (OK, so I know that wasn't a thing when I was four, but I wished it were). 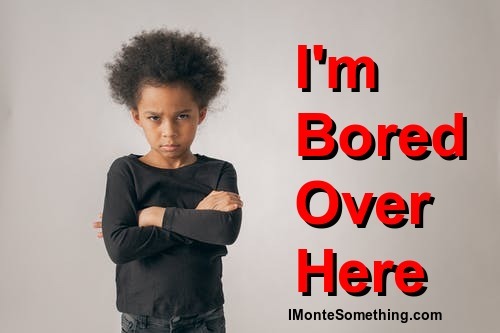 Feeling rejected, I would make my way to my room and pick up a few of my cars. Within the half hour, I would have an amazing story created about a car chase where the police were trying to hunt down a gang of bank robbers. That is the way my childhood was: I got bored, my mom didn’t interfere with it, and I found something I wanted to do anyway. Usually, at least.

This memory came up recently because I saw a classroom that did not have a full three hour work period. The work cycle was often less than an hour, the students’ progress was low considering it is a Montessori environment, and most of the students were idly playing or sitting with the materials rather than being engaged. The reason for the boredom was simple and relates to my mom's wisdom: the children rarely got bored with what they were doing. They were passively satisfied, and that means they never found or sought out things that did not challenge them.

In a Montessori classroom, the child typically works with something and, after mastering it, either invents new ways to explore the material or moves on to something else. The children in this class never had time to be bored, so many students were just doing the botany puzzles or the red rod maze because it is what they could do. They chose work that was just interesting enough to do, yet not challenging enough for them to grow.

What is the Montessori approach to boredom?

Children are going to be bored. We, as adults, are also going to get bored in life. When children are bored, it is not our job to “fix” the issue for the child, just as it is not our job to “fix” if the child is happy, sad, angry, excited, frustrated, or calm. Feeling bored is similar in that regard to any way we feel. Children need to experience all these emotions, know you are there, understand, and can relate to them, but that this feeling and emotion will pass.

The more we do for our children when the child is bored, the less opportunity they have to get through that boredom and become productive. I am not saying to never engage them in a game or activity when they are bored, but there still need to be times when you do not do that and you allow for the boredom.

What about boredom in the classroom?

For those unfamiliar with the work cycle in Montessori, it starts with children selecting “comfortable” work, then that period drops off with a lot of noise, wandering, and what seems like chaos (called “false fatigue” in the Montessori world). 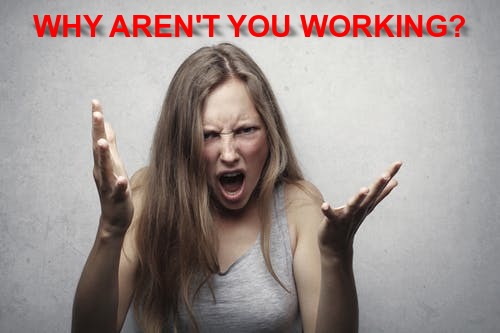 That false fatigue is often a sign children are taking a small break or some might even be bored. Many teachers sense this chaos and think it is time to stop everything. Nothing could be further from the truth. A teacher I used to work with told me when she started teaching, this time period used to bother her. She decided instead to simply do a calm practical life work at a table and let the chaos happen around her. This allowed the classroom to settle on its own.

After this chaotic mess ends, an intense and focused work period begins, where you will observe some really amazing work. The children in the class I witnessed never got to even the false fatigue stage. As a result, it just was not Montessori, and I really felt the school was depriving the students of such a wonderful educational opportunity.

The Middleberg Montessori School in a 2007 blog post talked about the importance of the three-hour work cycle. It concluded:

Dr. Montessori discovered that a child as young as three, who has spent a few months in the Montessori classroom, is able to choose productive and challenging work, focus on the task at hand, finish a cycle of work, rest without interrupting those who are working, and repeat this sequence. She noted that for this to happen, a minimum of three hours of uninterrupted classroom time is essential. Of her experiences observing children during an uninterrupted work period, she noted: “Each time a polarization of attention took place, the child began to be completely transformed, to become calmer, more intelligent, and more expansive.”

Matt Bronsil is the author of these posts. He can be contacted at MattBronsilMontessori@gmail.com. To contact him or sign up for updates to the site, visit the contact page.