The following article was printed in McCLURE'S MAGAZINE

Sections and Links:
Where is the Montessori material manufactured, and at what price?
Can you furnish a Montessori Bibliography?
How can teachers trained in this method be obtained?
Where are the schools located in which the method is in use? Will there be a training course in Rome next year, or lectures and classes in this country this summer?
Does Dr. Montessori approve of teaching young children a foreign language?
What information can you give regarding Dr. Montessori's extension of her method into primary grades?
Can you recommend any books suitable for the development of the senses of rhythm and tone?

In view of this great and increasing interest, the editors of MCCLURE'S decided to publish every month a regular Montessori Department, to serve as a central bureau of information regarding the progress of the movement and as an open forum for discussion. Correspondence is particularly invited. A place will be found for letters of interest, and, when possible. Dr. Montessori's own reply to special questions will be obtained.

A MULTITUDE of letters have come to this department in response to the request for correspondence. These have in every case been answered; but so many questions appear over and over again that it seems wise to select a number for public reply in this issue of the magazine. In the August number, Dr. Montessori's views on the imagination of the child, and its training, will be discussed, and questions referring to that phase of the method will be answered then.

Where is the Montessori material manufactured, and at what price?

The didactic material used in the Montessori method of educating young children is manufactured in this country only by the House of Childhood, 200 Fifth Avenue, New York City. The price is fifty dollars, which includes a copy of the translation in English of Dr. Montessori's book. The material is manufactured and sold in England by Philips & Tacey, London, and in Italy by Pizzoli & Co., Milan. Dr. Montessori has in preparation a manual of instruction for the use of the material.

Can you furnish a Montessori bibliography?

GEORGE, Anne E. Dr. Maria Montessori; an account of the achievements and personality of an Italian woman whose discovery is revolutionizing educational methods. Good Housekeeping, 55: 24-9. July, 1912.

HUNT, Harriet E. Psychology of Auto-Education, Based on the Interpretation of Intellect Given by Henri Bergeon in His "Creative Evolution." Illustrated in the work of Maria Montessori. 1912.

The Montessori Method . . . with additions and revisions by the author. Translated by Anne E. George, with an introduction by Professor H. W. Holmes. 1912. Price, $1.75; postpaid, $1.90. Published by Frederick A. Stokes Co., New York.

Montessori Method; Scientific Pedagogy as Applied to Child Education in the Children's Houses, by M. Montessori. Review. Educational Review, 43: 529-33. May, 1912.

Montessori System in Theory and Practice . . . with Some Reports of American Experience. 1912. Published by Harper Brothers, New York.

The Montessori Apparatus. A Description of the Material and Apparatus Used in Teaching by the Montessori Method. McClure's, 38: 289-302. January, 1912.

How can teachers trained in this method be obtained?

The Montessori American Committee is willing to assist any who desire teachers for Montessori classes or any teachers who desire positions. Address the Committee at 443 Fourth Avenue, New York.

Where are the schools located in which the method is in use?

In addition to the Montessori classes given in the February issue may be mentioned the following schools which have incorporated the Montessori system in their curriculum:

Will there be a training course in Rome next year,
or lectures and classes in this country this summer?

It is impossible, as yet, to make any announcement regarding a training course in Rome next year or regarding summer courses of lectures or classes by teachers returning from Rome.

Dr. Montessori expresses herself as heartily in favor of young children learning a foreign language. She favors the direct conversational method, using games, songs, pictures, and charts. The material for sense-training could be explained in one language as well as another. The sandpaper and script alphabets could also be used, and the proper phonetic combinations given.

What information can you give regarding Dr. Montessori's
extension of her method into primary grades?

Reports are reaching us of the success of the method when carried into the primary grades. Dr. Montessori has devised materia! for this purpose, which will soon be put on the market in this country. There should be great economy of time when the technique for writing, number, and reading is acquired in the sub-primary stage. The child who has learned in his first year, at a Montessori school, self-control and intelligent self-direction of his activities, should develop rapidly and independently in the processes of number, in reading for interpretation of thought, and in oral and written expression of his own thoughts.

Can you recommend any books suitable for
the development of the senses of rhythm and tone?

The following have been useful in developing the sense of rhythm, of tone, and of musical expression:
"Play Songs from the Song Senses," by Alys E. Bentley. A. S. Barnes & Co., New York.
"Tone Plays," by the same..
"Music for the Child World," by Marie Ruif Hofer. Clayton F. Summer Co., Chicago.

Matt Bronsil's Note: This article is referenced in my Foreign Language Webinar for being the first, and one of the very few, times Montessori gives any indication of how to teach a foreign language.

Matt Bronsil is the author of these posts. He can be contacted at MattBronsilMontessori@gmail.com 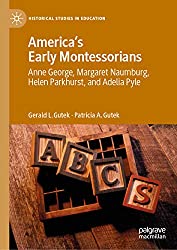